Aberdeen Burns Club was formed in 1872 and has been meeting on a regular basis to this day.

The objects of the Club are:

Annual subscription to the Club is £10 or £15 for two people residing at the same address.

The 2020 Burns Festival will be held on Saturday 7th March in Portlethen Academy. 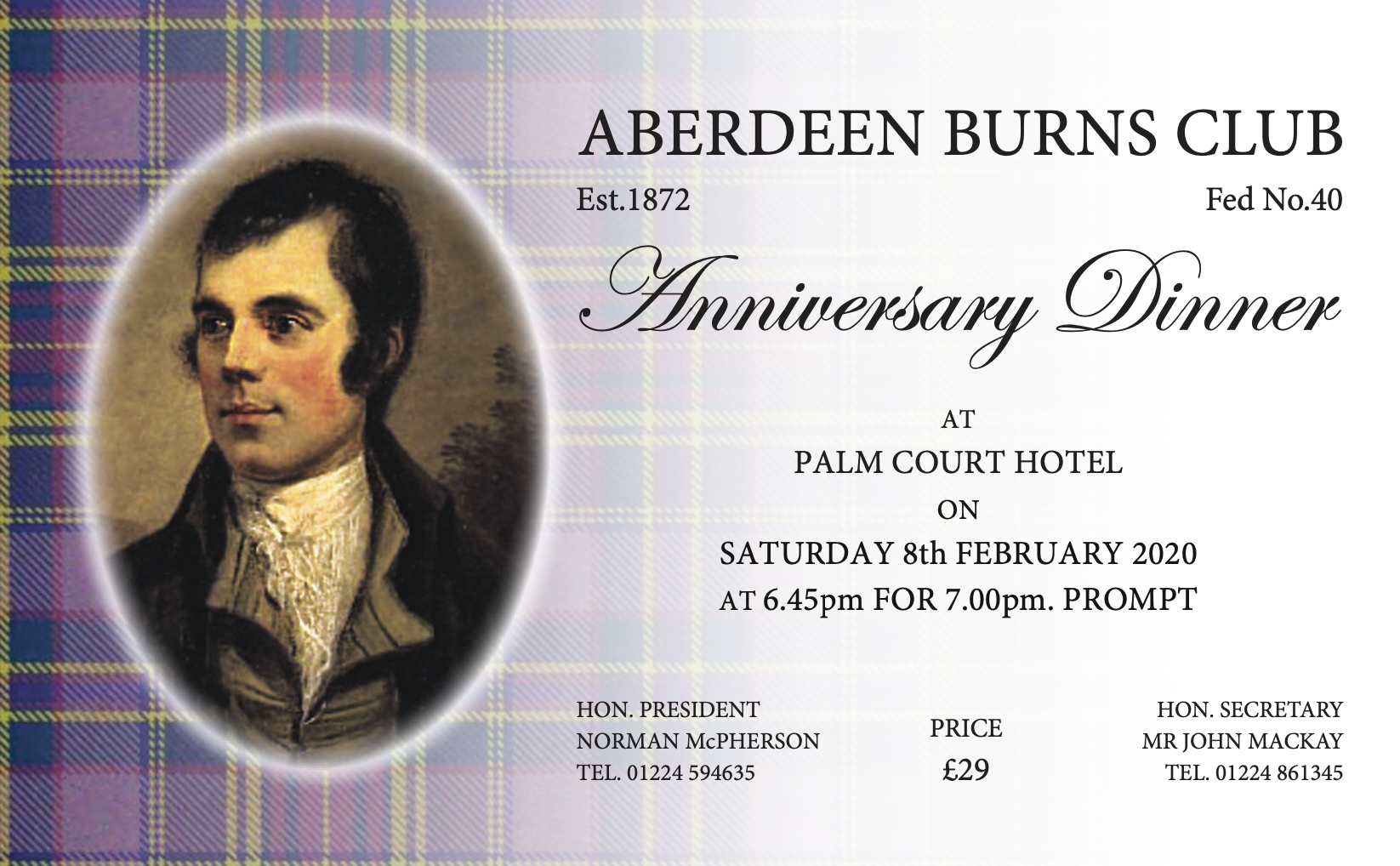 Monthly meetings are held in the Lawrence Lounge, Rubislaw Church Centre, 2nd Tuesday of each month at 7.30pm, October to May. Visitors are not only welcomed but positively encouraged to share an evening of guest speakers, historical or poetic reminiscences an a cuppie o’ tea an a fine peace forbye.

1912 was a truly progressive year in the history of Aberdeen Burns Club. Not only were lades admitted for the first time, but the first excursion was organised from Aberdeen to Banchory by train!

Each and every year, winners of the Grampian competitors go on to sweep the boards at the national events. 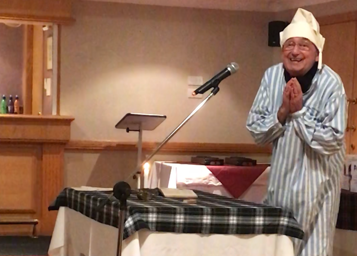 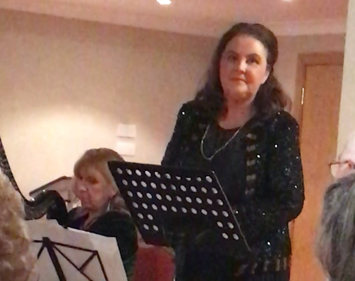 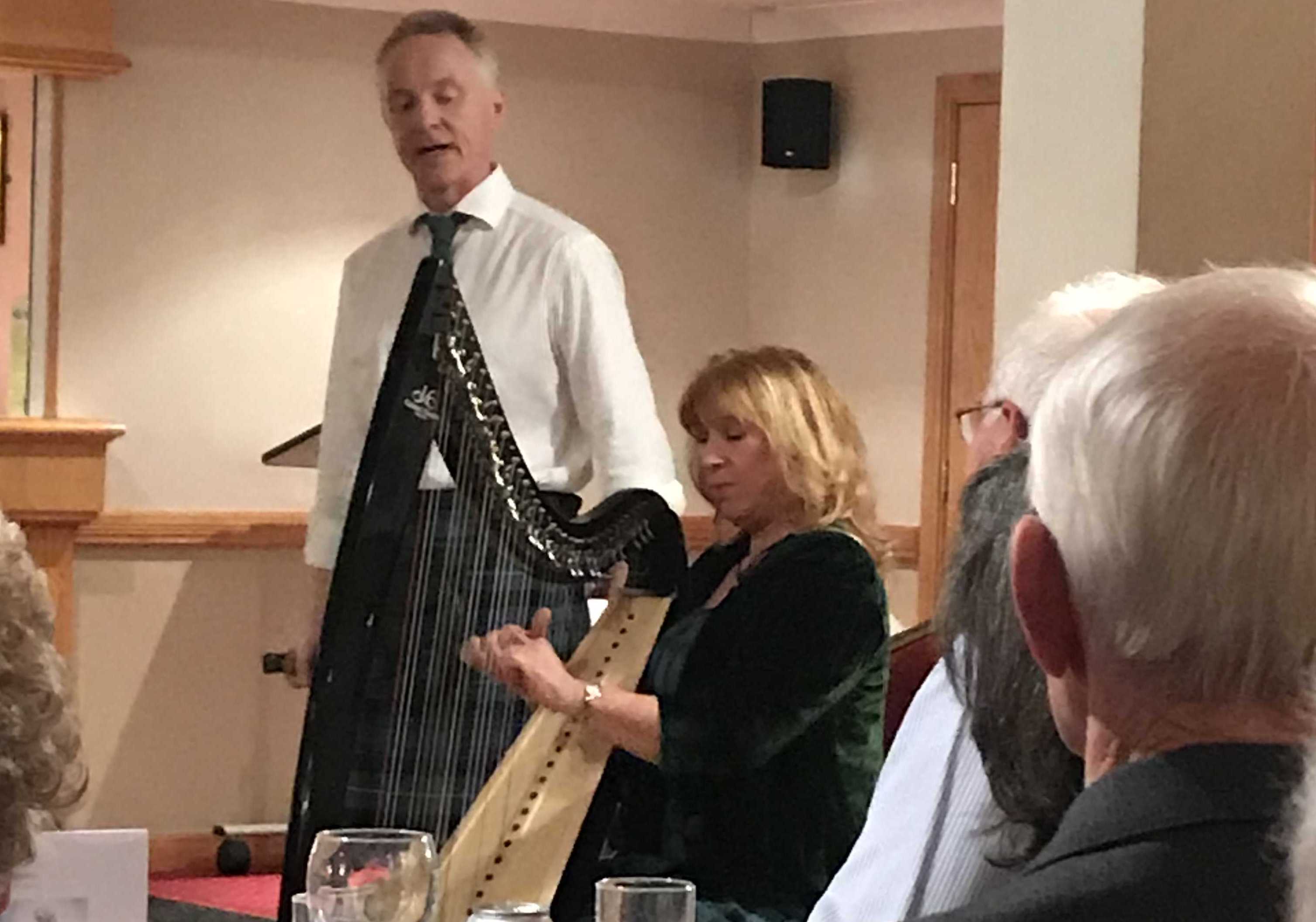 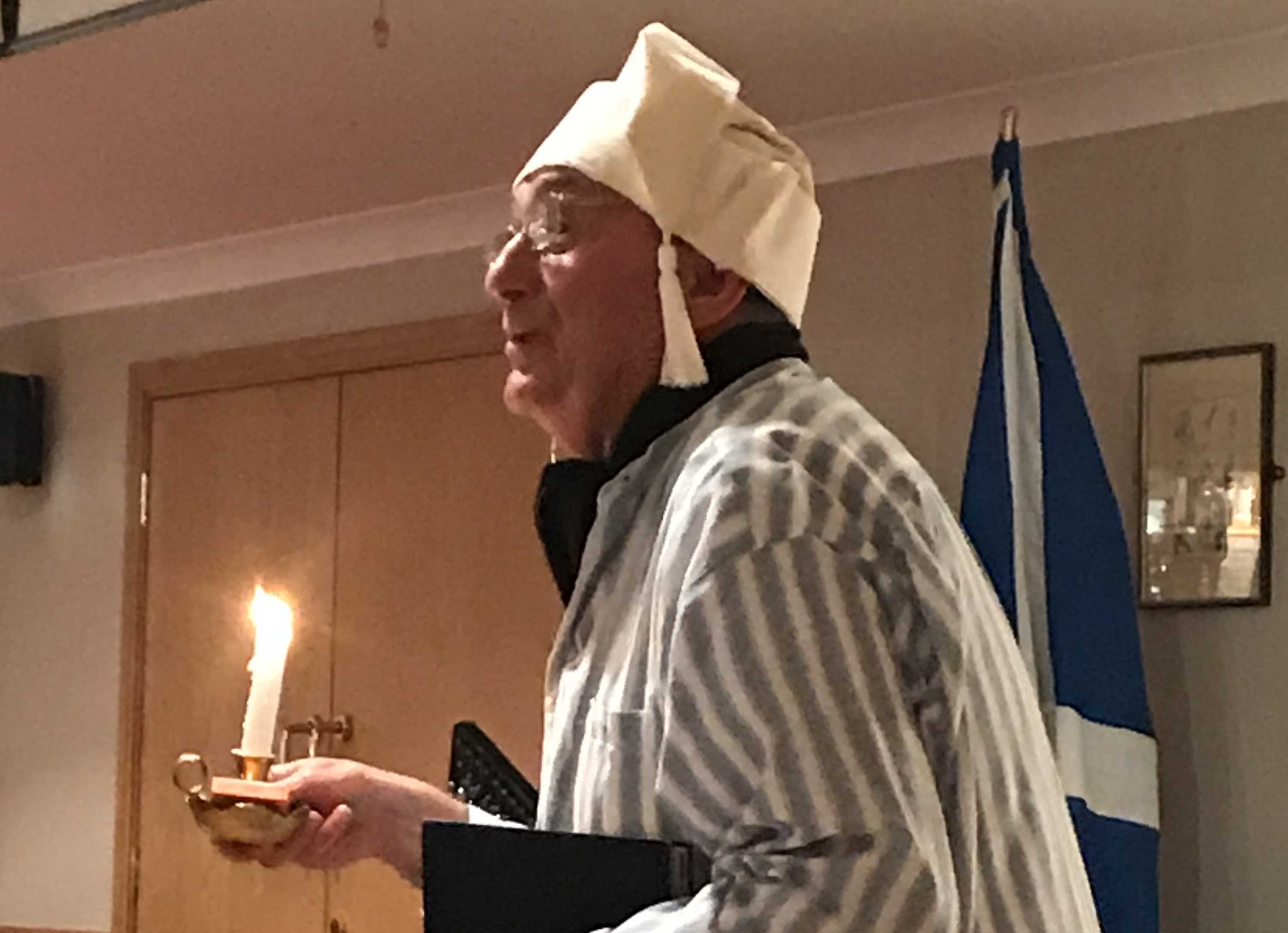 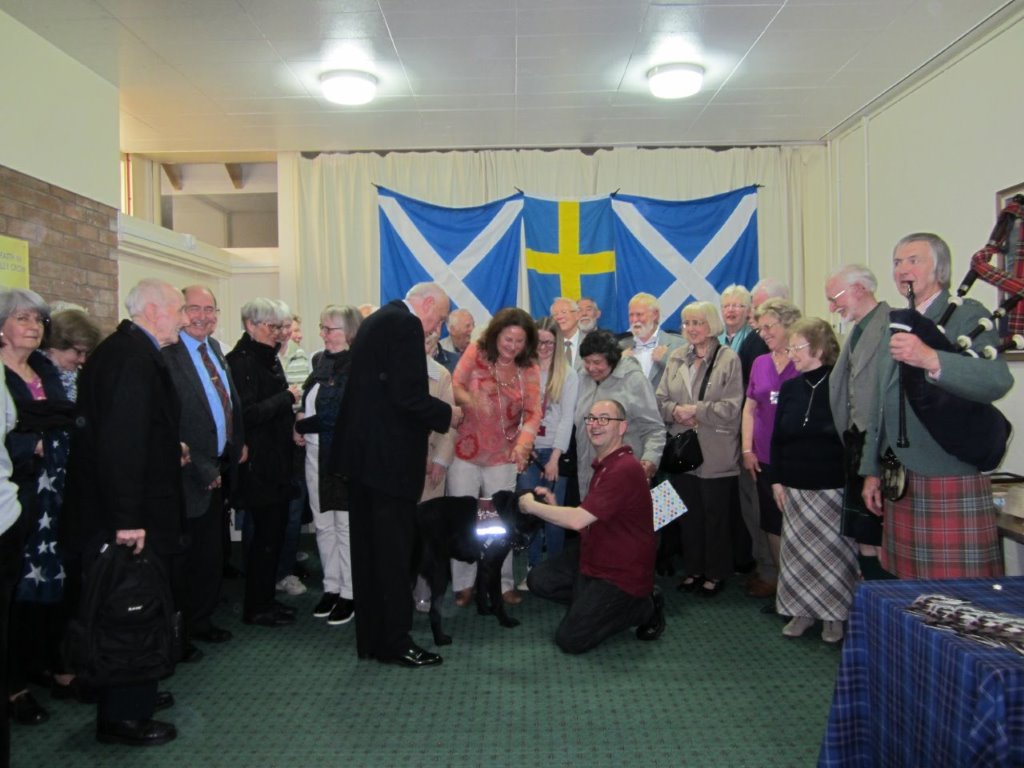 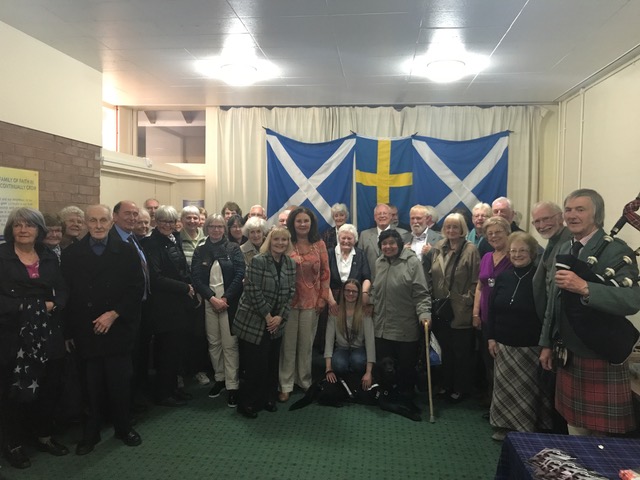 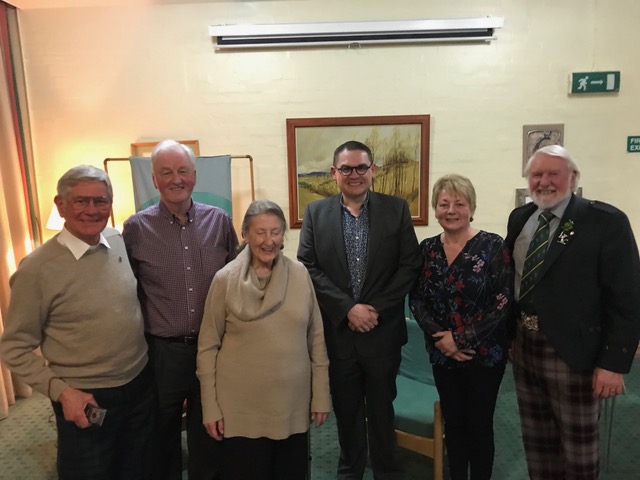 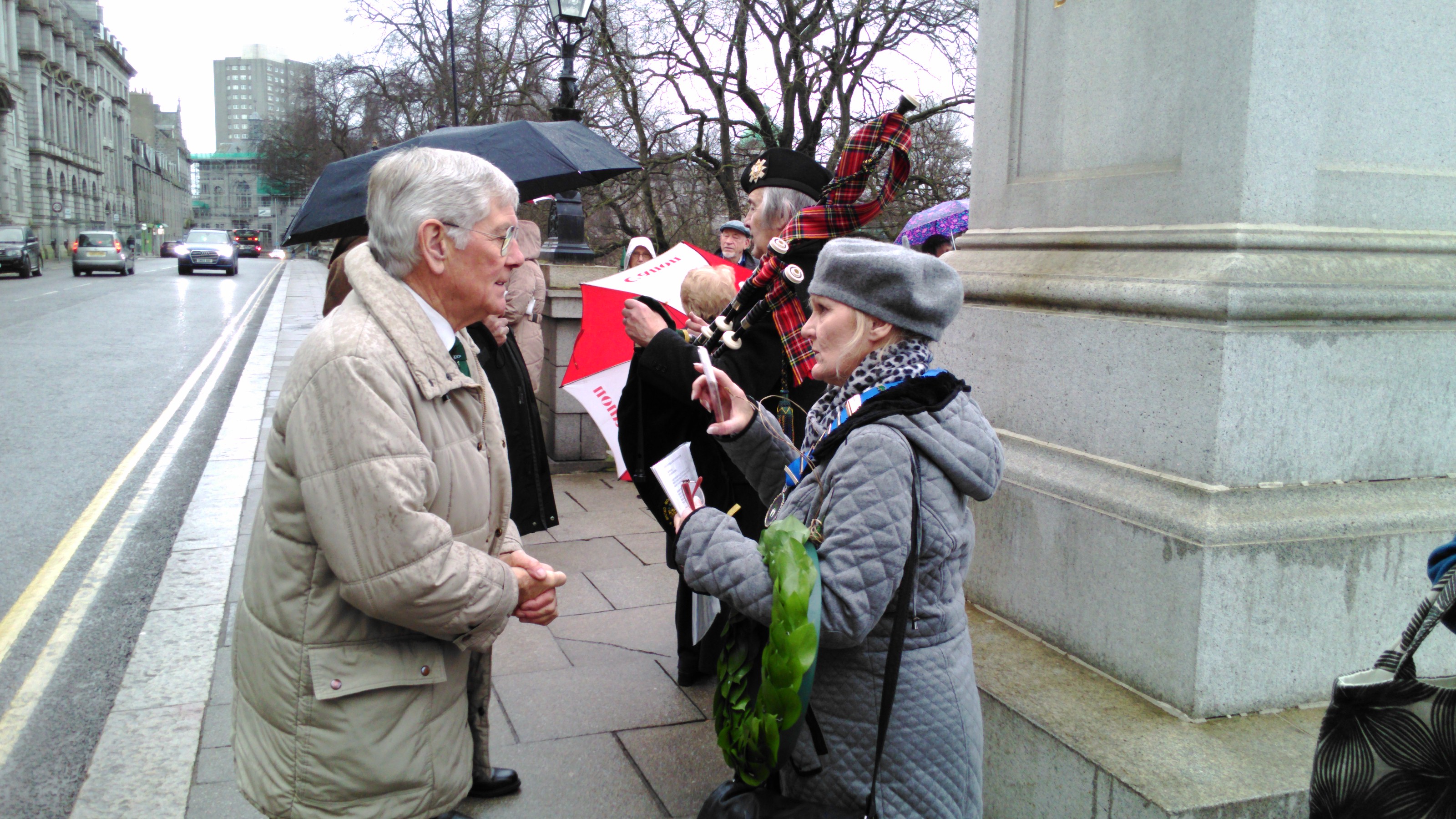 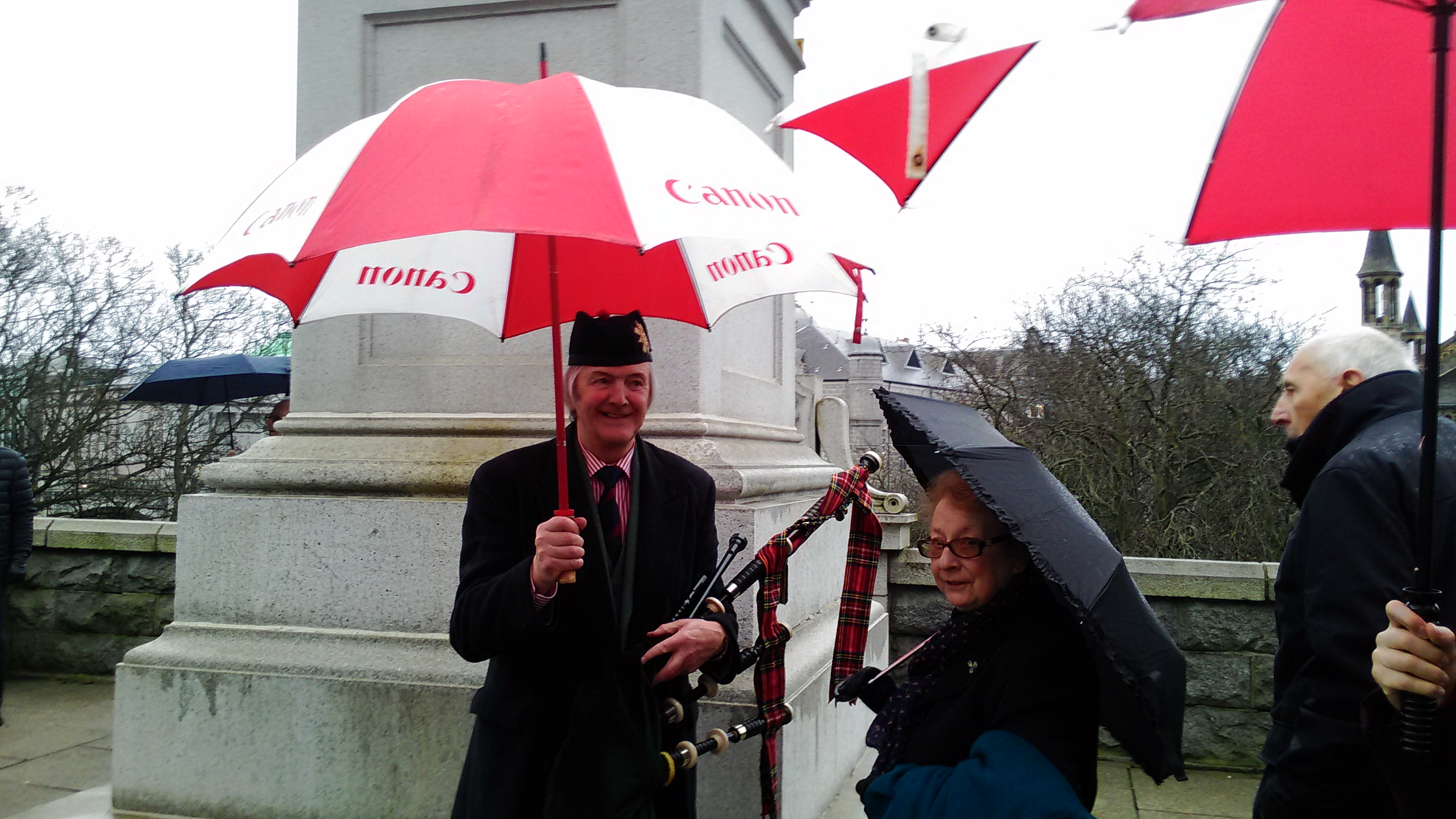 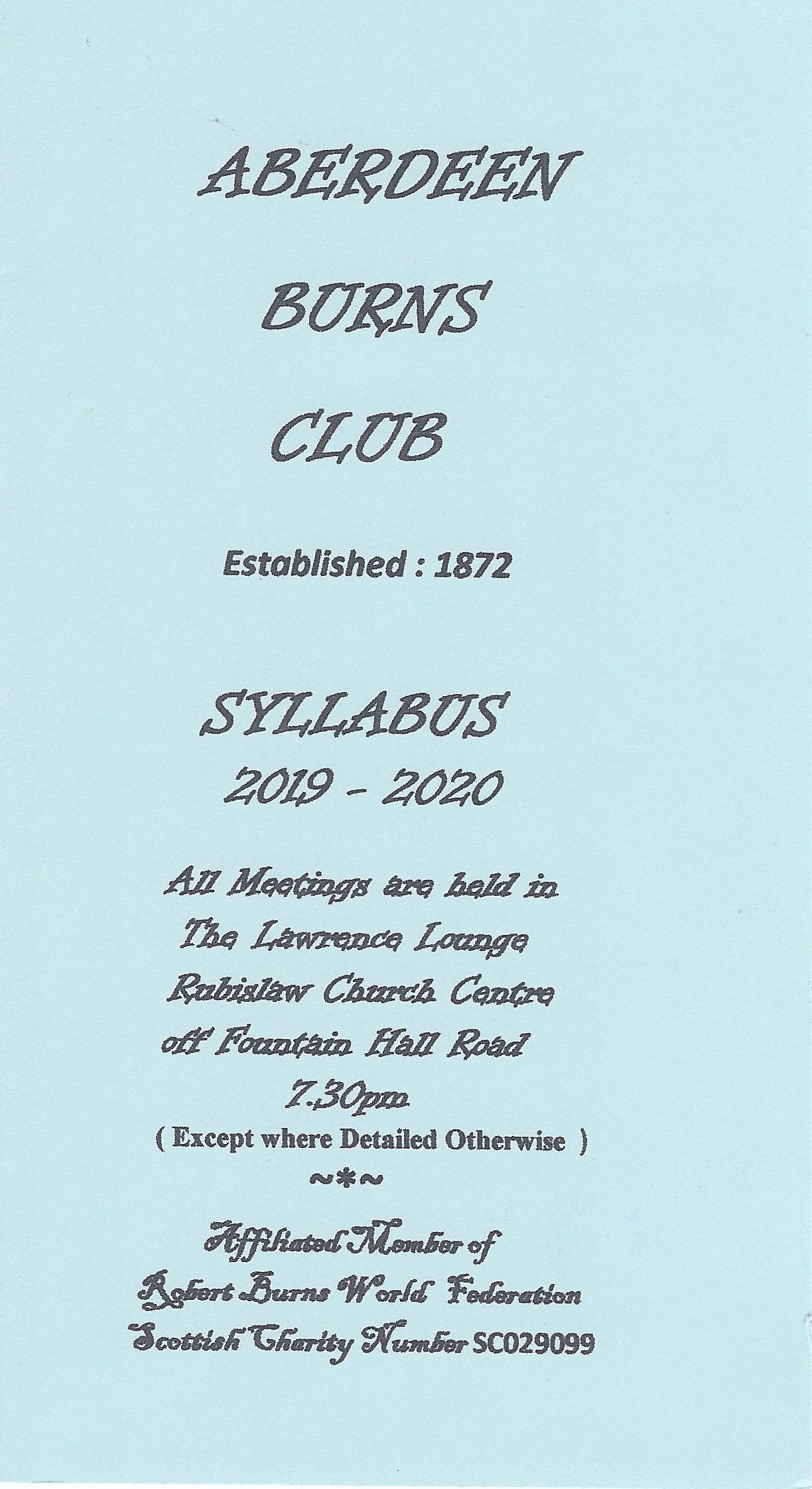 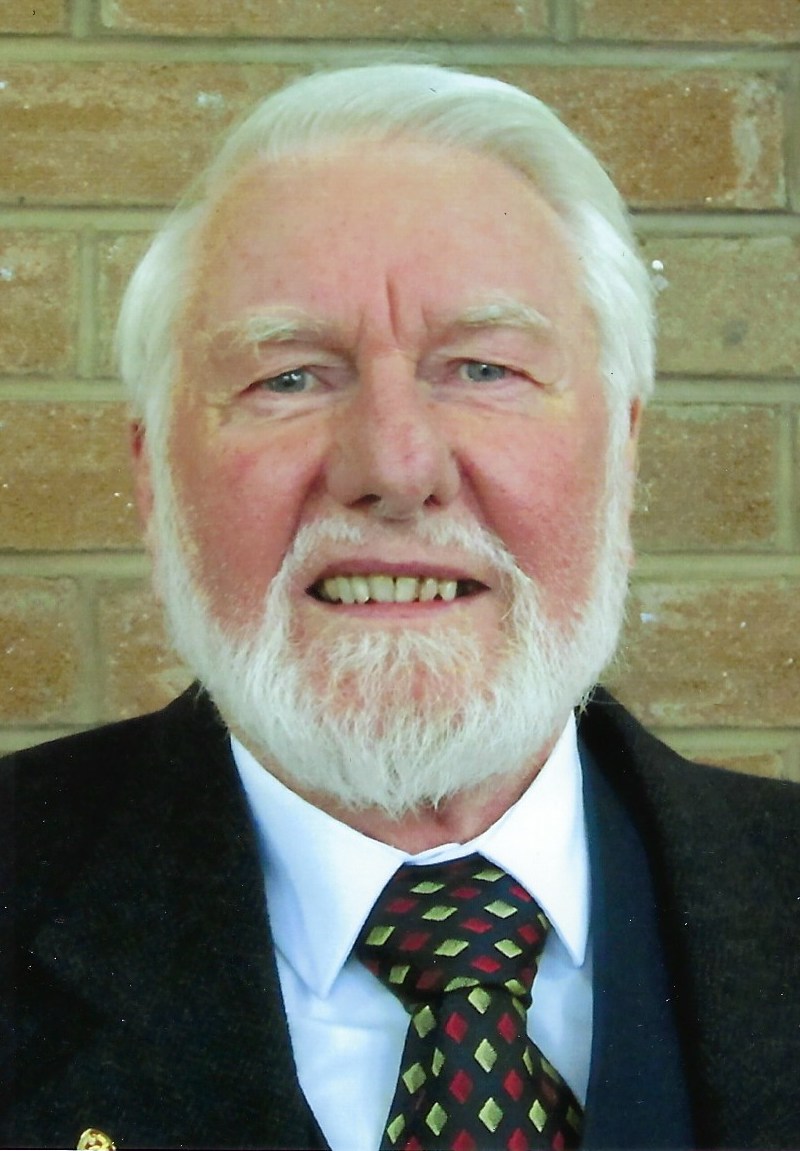 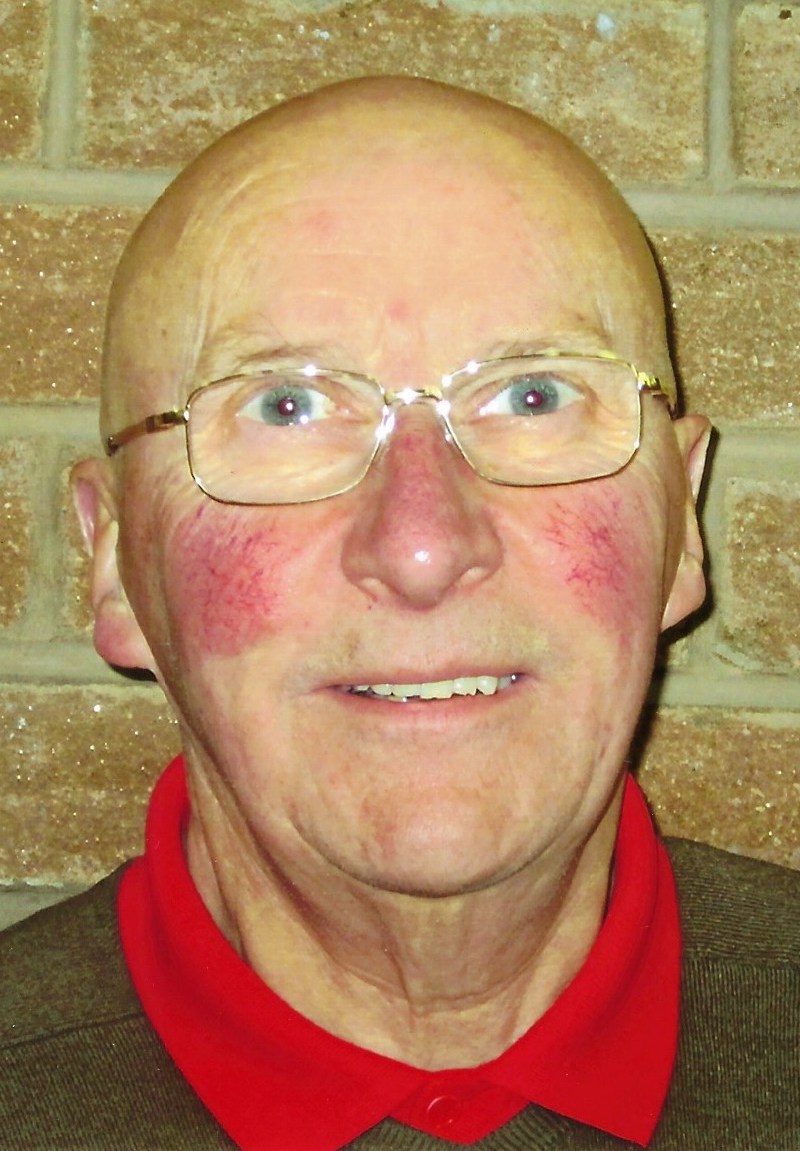 Norman George McPherson was the original square peg in a carefully-fashioned square hole. For Norman so fitted life. Anyone knowing him was fortunate to meet one of life’s polymaths. Norman knew so much about so many varied subjects – genealogy, history, whisky, car number plates, heraldry, the sea, the Highland clan system, petroleum engineering, Scots speech, and of course his beloved Clan Macpherson.

Norman moved easily through this world, wearing his learning lightly, for he never threw his knowledge at you. You’d get that cheery glint in his ee, and the trademark grin. After that, it was up to you to ask – and the pearls of wisdom would fairly pour forth.

He possessed a happy knack of strewing laughter in his wake, and was never less than helpful, kind and considerate. The Aberdeen home that he and Mary shared resounded in fun. We’ve all lost a friend, and Norman’s passing denies Mary her soulmate. They were inseparable, a team who daily demonstrated such teamwork.

Norman and Mary were strong, active and supportive members of a string of organisations. Their many worlds included their local church, the Order of St John, the Order of St Lazarus, Wallace 700, the Association of Highland Clans & Societies, our Society of course – and they never missed attending the annual commemorative service at Culloden. Norman’s busy life even encompassed the presidency of Aberdeen Burns Club – a committed leader there as well as noted contributor to the annual schools competition of the Robert Burns World Federation.

Mary apart, Norman’s great love was Clan Macpherson Association. He joined in 1968, and over more than half-a-century, rose to become Scottish chairman. He proved an innovative leader, introducing the practice of a Doric grace whenever clansfolk dined together.

In tribute, the Hon Sir William Macpherson of Cluny & Blairgowrie, chief of Macpherson, said “Norman was so knowledgeable – and so committed. He did much for us, as well as Clan Chattan”.

While Norman didn’t gain arms until recent years, he made up for lost time with his delight in using them, joining our Society and attending the St Andrew Dinner. His understandable pride in being appointed bannerman to his chief in 2009 is reflected in the little Azure banner with a bordure Or that forms part of his crest. His shield is among the 74 that form a heraldic mural in the Macpherson Museum in Newtonmore.

Born in Aberdeen, Norman cherished his roots, though prouder still that his lineage could be traced back to a crofter ancestor in Ballinloan, Strathspey, in the heart of Macpherson territory.

Trained as an engineer in his home city,  Norman served in the Merchant Navy before moving into the oil industry in 1974. By the time he retired in 2007, he was a leading consultant in specialised aspects of offshore drilling, with his long career taking him as far afield as South Africa, USA, mainland Europe and the North Sea.

For some years, Norman struggled with a serious lung problem, at one point having to carry a small oxygen cylinder for emergencies. His  determined attitude, plus constant love and support from Mary, shone through, and he made light of his illness. This positive outlook allowed him to continue making constructive contributions in person to his many organisations until three months before he died.

Norman is survived by his wife Mary, two sons and a daughter, and four grandchildren. 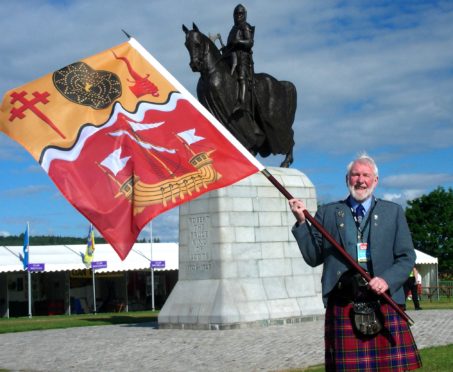 This picture epitomises Norman’s love of life, not to mention his constant lightheartedness.

He was at a lecture when this image was flashed up on screen. Interrupting the speaker, he quipped:

“We ken fine the mannie wi the flaggie. Bit fa’s the mannie on the cuddy ahint?”.

It’s coming yet, for a’ that

That man to man, the warld o’er

Shall brithers be for a’ that